SoCal Sports Complex is excited to host the 2017 Albion Cup National Soccer Showcase.Now in its seventeenth year, the premier showcase for U8-U19 boys and girls hosts 2 flight with some of the most elite teams in the country represented in the top flight. The tournament has hosted teams from Southern California, Northern California, Texas, Arizona, Nevada, Colorado, Florida, Utah, New Yorks and teams from aruond the country as well as teams from Canada, Mexico, Brazil, and En 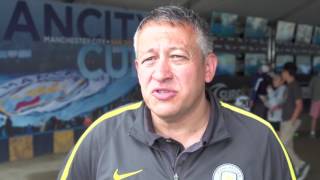 International boys and girls soccer teams from four different countries made there way to Manchester Cup 2017 to compete Memorial Day weekend. This year’s tournament found over 420 teams vying for the top spots in their respective age groups. With the addition of sponsor Nexen Tire, participants from age groups U9 throughout U19 enjoyed a tournament with free workshops and activities that brought this year’s Manchester Cup to a higher level. With inclusion of international b